What Does One Wear to “Go Night Out” in This Year?

Puma and Balmain’s limited edition collection features an $8,000 sequined kimono and a $250 pair of shorts — and it proves the luxury sportswear market is here to stay 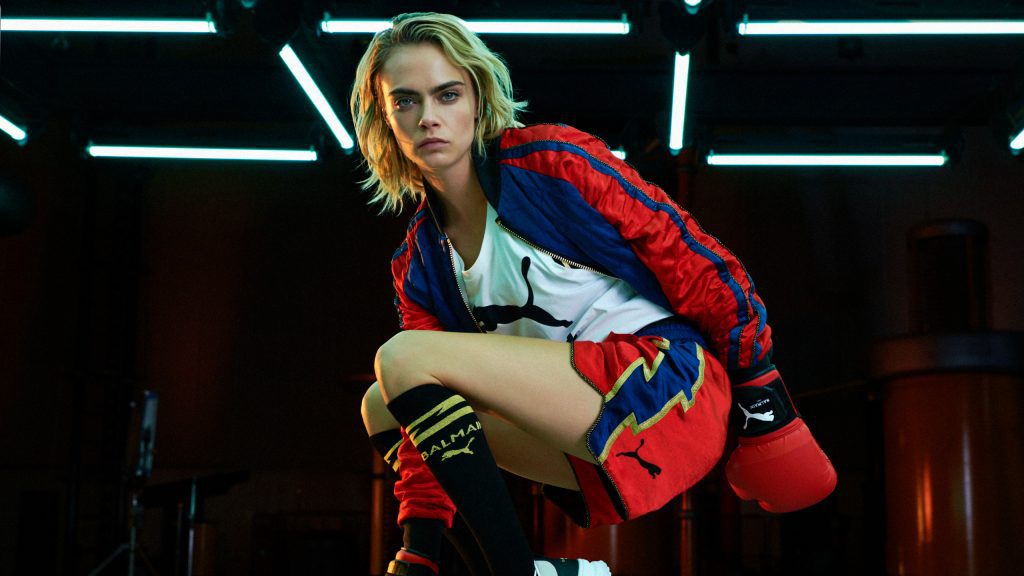 Balmain launched a collaboration with athletics sportswear company Puma, codesigned by Balmain The collaboration has two limited edition capsule collections, both of which are being marketed with an interactive campaign promoting love and unity. The campaign was directed by videographer Philippa Price and the images were shot by photographer Brianna Capozzi. Though Delevingne has been working with Puma since 2016, this is her first collection with the brand.

“For over a year, we have been working on this collaborative campaign,” said Coleen Haynes, CEO of MAAVVEN, the company that produced the brands’ campaign.

The collection is boxing-inspired. It features items like gold-logoed boxing shorts for $250, a rhinestoned crop top for $3,795 and a sequined, hooded kimono for $8,195. According to the catalog on Balmain’s website, most of the collection has already sold out.

“This new collection stands at the intersection of sports and fashion, with pieces

inspired by traditional boxing gear and infused with Parisian couture,” a spokesperson for MAAVEN told Business Insider. “Bra tops, boxing shorts, and sneakers are elevated with a stark color palette, hits of gold, and design elements straight out of Balmain’s atelier.”

This is not Balmain’s first foray into the world of luxury sportswear Balmain has worked with sportswear companies in the past.