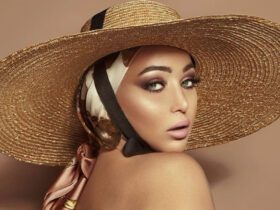 Chanel has entered a new era. Karl Lagerfeld was the artistic director for over 30 years, and though his legacy still looms large over the house he shaped into its modern form, his recent death has propelled Virginie Viard, who worked closely alongside him for decades, into the spotlight as she takes over the creative vision. Upon entering the Grand Palais this morning, anticipation was high as the likes of Cardi B waited to see how the designer would interpret ready-to-wear, but so was confidence in her abilities following her other debuts in May and July.

The Spring 2020 ready-to-wear collection premiered at Chanel’s longtime showing location of the Grand Palais, and though Viard still had an all-out set installed, the feeling was decidedly more understated than some of Lagerfeld’s concepts, which count a fully functioning rocket ship and crashing indoor waves among them. The new artistic director instead took inspiration from closer to home, replicating the architecture of the Parisian rooftops. The result was an effortlessly cool but still spectacular vibe that hinted at the looks to follow.

Chanel has always been about modern femininity, but Viard has found a beautiful medium between the savoir-faire and the je ne sais quoi. The tweeds, two-toned shoes, and quilted bags that define the house’s longtime identity of French chic were prevalent, finding new life via easy tailoring, pops of color, and combination with flowing skirts and denim. In large part, models (including Gigi Hadid, Grace Elizabeth, and Kaia Gerber) wore their hair in free-flowing blowouts, and the makeup look was fairly natural with a subtle hint of a red lip. French girls have long been the leaders in cultivating a perfectly undone look that makes you wonder how they do it, and Viard, who herself has long embodied this aesthetic through her hairstyle, casual tailoring, and penchant for denim, is showing how the allure of modern Paris that’s spawned street style obsession and articles galore is exactly what’s necessary to make established codes feel new again.

It’s going to take time for Viard to explore just how she wants her Chanel to look, but the seeds of her vision are evident, and with all the time she’s spent at the heritage brand herself, she understands the brand’s identity like the back of her hand. With a strong concept of what the modern woman wants and designs that draw from a mix of her personal style and her work at the French house, the artistic director has the fashion world wrapped around her finger as she continues to develop her imprint.